During the past six years the Equine Fertility Centre worked hard in close cooperation with the Maastricht University Medical Centre (MUMC) to make equine ICSI possible. As the first ICSI foals are born this year, the Dutch company is being officially opened today.
The Equine Fertility Centre is closely related to the Animal Embryo Centre, which is located at the other side of the street, and is fully focused on ICSI/IVF. This technique offers new chances for both mares and stallions to produce offspring where this was, up to now, not possible. There are only a few compagnies in the world where equine ICSI is being successfully applied. From now on the Dutch Equine Fertility Centre is one of them. The past season twelve mares got in foal due to this exclusive ICSI-technique.
Big names
On the day of the official opening, Friday the 20th of March, there will be a scientific symposium followed by an interesting panel discussion. After that the first ICSI foals will be shown, sired by Darco and Cumano. In the symposium the prominent scientists dr. John Dumoulon of Maastricht University, dr. Catalina Velez of Universidad Nacional of Bogota, dr. Katrien Smits of University of Gent, Patrick McCue of Colorado State University and prof. dr. Tom Stout of Utrecht University will illustrate the whole proces of ICSI, all from their own background. Thereafter the panel discussion with chairman Dutch journalist Dirk Willem Rosie will take place. The well-known horseman Paul Hendrix, top rider Jos Lansink, national coach Rob Ehrens, top breeder Cees Klaver and of course Ton Vullers, as the director of both the Animal Embryo Centre and Equine Fertility Centre, will discuss the future and influence of ICSI in the global horse breeding. After that the official opening of the Equine Fertility Centre will be done by Frank Kemperman, who is the chairman of worlds most appreciated horse show, where every breeder hopes to breed a horse for: CHIO Aachen. 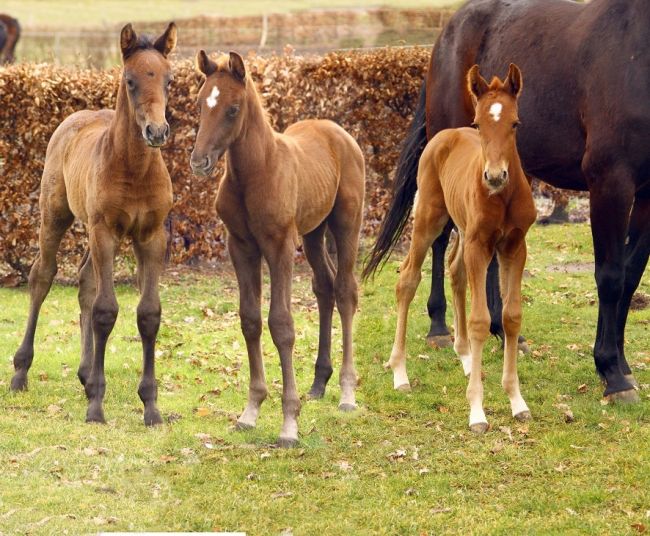